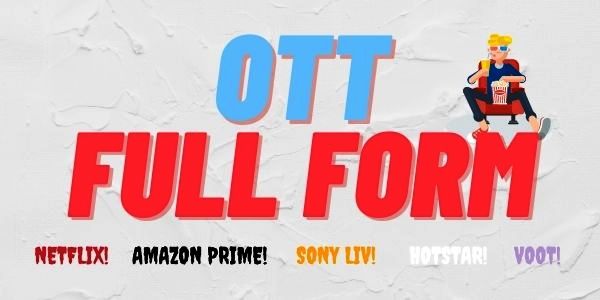 OTT Full Form: OTT stands for “over the top.” It applies to television programs and films delivered over a high-speed internet connection rather than cable or satellite. It’s not free entertainment; rather, a fee is required to access the content for a set period.  A few app examples include Amazon Prime Video, Hotstar, Netflix, iTunes, and HBO Now etc.

You’ll want a web-enabled TV or a high-speed broadband connection to view OTT content on any internet-enabled device (laptop, phone, etc.). Netflix’s rapid growth has boosted OTT viewing’s success, which started with the company showcasing original content rather than old movies and TV shows, as it had previously done. If you don’t have a smart TV, you’ll need an OTT device, such as an Amazon Fire TV stick, which allows you to watch or consume OTT content.

Some of the benefits of OTT networks or media services are as follows:

In India, the following are the top Seven OTT platforms:

The Amazon Prime Video was launched in India in 2016. In addition to English, it has content in six Indian languages.

Hotstar is a Disney-operated over-the-top streaming service in India. The company is owned by Novi Digital Entertainment, a subsidiary of Disney’s Star India.

Voot is another Indian OTT service. It’s a live video-on-demand (SVOD) service. It was released for the first time in March of 2016. It’s available as an iPhone and Android app, as well as a desktop website.

ZEE 5 is an OTT (over-the-top) video service. It is owned by the Essel Group and was published in India on February 14, 2018, in 12 Indian languages.

MX Player is an Indian video-on-demand site owned by MX Media & Entertainment. It is available for free download on ios, Android, and the internet. It was relaunched in 2019 as an original content OTT website. 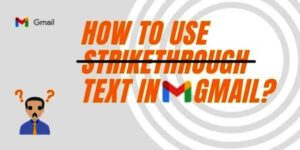 Previous post How to Use Gmail Strikethrough? A Comprehensive Guide for Gmail Users! 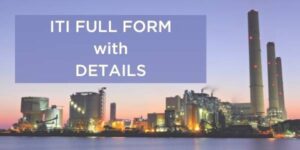