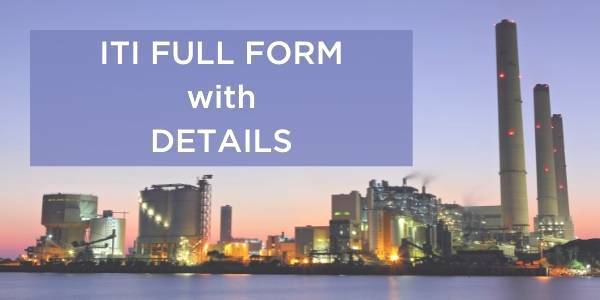 What is a ITI full form?

ITI is an abbreviation for “Industrial Training Institute.” It is also referred to as ITI’s. It offers technical training in both engineering and non-engineering fields. It is a post-secondary school in India that is run by the Directorate General of Employment and Training (DGET) of the Ministry of Labour and Employment Union of the Government of India.

It offers training in various trades, including Electrical, Refrigeration and Air Conditioning, Computer Hardware, Mechanical, Carpentry, Plumbing, Welding, Fitter, and others. These institutes are specifically designed to provide technical knowledge to students who have just completed the 10th grade and acquire some technical skills instead of following higher education.

The goal of establishing ITIs was to give technical talent to the rapidly increasing industrial sector. The courses offered by ITIs are intended to teach the skills of a trade. After successfully finishing the degree, students are obliged to complete one or two years of practical training in their trade in an industry.

Industrial Training Institutes, or ITIs, were formed to provide vocational training to students. The Directorate General of Employment and Training (DGET) of the Ministry of Skill Development and Entrepreneurship are in charge of establishing guidelines, rules, and regulations and developing policies for ITIs in India.

Provide technical training to students, focusing on enhancing students’ industry-specific skills effort to develop a skilled workforce in India. The ITI Admission Process is not the same in all Indian states and may differ from one to the next. However, there are already various government and commercial ITIs in India that offer vocational training to students.

After completing vocational training, students must take the All India Trade Test (AITT) to acquire a National Trade Certificate (NTC). Every year, ITI admissions in various states commence in June, July, and August.

What is ITI qualification?

Eligibility for ITI Courses in India

In India, ITIs provide various courses or training programs known as ‘Trades.’ Each trade focuses on a distinct set of skills or industry requirements. ITI courses/trades can last anywhere from six months to two years. The length of the course is determined by the nature and kind of the course. The eligibility requirements for ITI courses differ from one another. In India, the general qualifications for ITI trades are a Class 8th/10th pass or a Class 12 pass. After Class 8, Class 10, or Class 12, students can enroll in ITI courses.

So it is significantly preferable if you can get into a government college. However, the number of seats in government institutes is quite limited. Aside from tuition fees, students must additionally pay examination fees at the moment of every examination.

What is the ITI course?

After the 12th grade, Industrial Training Institutes provide admittance to a variety of courses. After intermediate, officials provide pupils with short-term training to prepare them for industry-specific responsibilities. In addition, aspirants with professional training have access to a plethora of work opportunities.

Because of the extensive training provided by the institute, ITI courses prepare students to work in the industry. Please see the list below for some of the ITI programs accessible to students following the 12th grade.

ITI courses after class 10 are one of your finest possibilities. ITI courses after the 10th can also assist you in selecting specialties based on your area of interest, as Industrial Training Institutes (ITI) provides a variety of programs in both engineering and non-engineering sectors.

Check out the many programs available by ITI after 10th grade below. Have a look at the following list of ITI courses that pupils might pursue after finishing their 10th grade:

Jobs after an ITI course

Because this is a short-term technical course, finding a job is simple. There are opportunities in the government sector, such as the railways, the power department, and the military. There are also several private-sector jobs. Students can participate wherever they want. Many students from prestigious colleges are being placed on-campus in large corporations.

It urged students to work as apprentices after finishing their studies. It will aid in obtaining a decent job and a higher package in global corporations. Students can also get private-sector jobs in other countries. Experience of one or two years is recommended for securing a job outside of India.

Salary after Completion of the ITI Course

The majority of students who acquire a job in the private sector after finishing their studies earn around Rs10,000 per month. On the other hand, salary ranges from Rs.15,000 to Rs.20,000 for jobs in the government sector.

Government ITI Institutes in UP

After completing your ITI course, you can apply for an apprenticeship in different companies according to your trade in the ITI course. For example, Fitter, Welder, Electrician, Computer Operator, Electronics, Mechanic, Machinist, Painter, Carpenter are popular job roles always in demand.

So in this post, we are trying to describe each detail about ITI courses, fees, course duration, and ITI full Form. We hope this post will be helpful to you with your query. If you like this post, please share it on social media platforms. 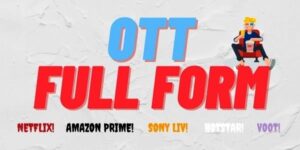 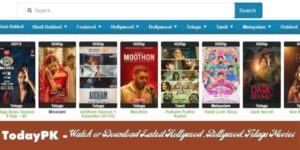