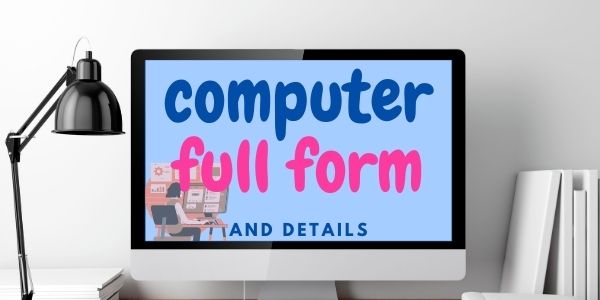 Computer word made from ‘Compute’ that means to Calculate! COMPUTER is not an acronym as most of the people think. A few persons assume that COMPUTER falls for “Common Operating Machine Purposely Used for Technological and Educational Research”.

It is a misconception because, first, this concept is illogical, and second, when computers were first introduced, they were calculating devices that required a lot of space to set up.

What is The Full Form of Computer?

A computer is an electronic machine used to process data or information. It can retrieve, store, and process information. You may already be aware that a computer can be used to send an email, type documents, play games, and search the Internet. It also allows you to edit and build spreadsheets, slides, PDFs, and images.

Computers can be divided into three generations in general. Each generation lasted for a specific amount of time. Time and each generation gave us either a new and improved computer or an upgrade to the one we already had.

The Colossus, an electronic computer, was built for the military in 1943. Other developments continued until the Electronic Numerical Integrator and Computer (ENIAC), the first general–purpose digital computer, was built in 1946. This computer is said to have weighed 30 tones and contained 18,000 vacuum tubes for processing. This generation’s computers were limited to a single task and lacked an operating system.

Second-Generation: 1947–1962. This generation of computers replaced vacuum tubes with more reliable transistors. The Universal Automatic Computer, the first commercial computer, was introduced to the public in 1951.

The 650 and 700 series computers from International Business Machine (IBM) made their debut in the computer world in 1953. Engineers developed 100+ computer programming languages, and computers had memory and operating systems during this generation of computers. Tape and disc storage media were used, as well as printers for output.

Third-Generation: 1963–present – The third generation of computers was born with creating the integrated circuit. Computers became smaller, more efficient, and more reliable due to this discovery, and they can now run multiple programs at the same time.

As a result of numerous computer growth advancements, we now see computers being used in almost every aspect of life. It is a precious tool that will continue to evolve as time goes on. 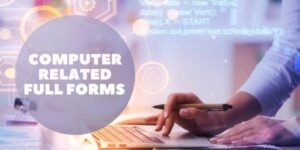 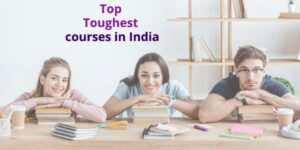